Why I Didn’t Sing When I Visited Your Church

It was a joy to finally visit your church a couple of Sundays ago, and to worship with the believers there. You know I’ve been looking forward to it for a long time. Just as you promised, the pastor is an excellent communicator and a man who loves God’s Word. His sermon was deeply challenging and led to some great conversations with my children.

Now, you asked me why it looked like I wasn’t singing. I know that was probably a little awkward, so thought I’d send along a brief explanation. Primarily, it’s because…

…I was not familiar with the songs. Your church has a tremendously skilled group of musicians leading them and it was a true joy to hear them play and sing. They sound as good live as they do on their album! But, unless I missed something, all of the songs on that Sunday were drawn from their own music. There weren’t any hymns in the service or even any familiar worship songs. So it’s not that I didn’t want to sing; it’s just that I didn’t know the songs. I want to be fair—every church has some of its own songs, and there is nothing wrong with that. I tried to follow along the best I could so I could learn some of yours, but even then…

…the songs weren’t congregational. Most of them seemed to have been written with the band in mind more than the congregation. What I mean is that they were unpredictable and often went beyond my vocal range and ability. This made them tough to learn and difficult to sing. Sometimes I would just begin to think I had it, but then…

Read the rest of the article at Tim Challies’s blog

What We Lost When We Lost Our Hymnals

I don’t think we should go back to using hymnals. But I do think there’s value in considering what we lost when, over the course of a relatively short period of time, we gave up hymnals for PowerPoint projection. Not all of us, mind you, but most of us. It’s worth considering because it helpfully shows what we stand to lose when we switch from one media to another, and especially when we do so quickly and without due consideration.

If we were to go back in time twenty or thirty years, we would find that most churches had hymnals. They had hymnals because it was the best way of providing each member of the congregation with a copy of the songs. You’d hear it in every church: “Take out your hymnal and turn to hymn 154…” And then hymnals went the way of the dodo and we began to look instead to words projected on a screen. Here is some of what we lost along the way.

We lost an established body of songs. Hymnals communicated that a church had an established collection of songs. This, in turn, communicated that its songs were vetted carefully and added to its repertoire only after careful consideration. After all, great songs are not written every day and their worth is proven only over time. Therefore, new hymns would be chosen carefully and added to new editions of the hymnal only occasionally. Churches would update their hymnals, and, therefore, their established body of songs, only once every ten or fifteen years.

Read the rest of the article at Tim Challies’s blog

The department of music at Harvard University recently revised its curriculum. Music theory and counterpoint—once the bedrock of the degree—are now optional.

The reasons for this change by Harvard are not complicated, and not surprising. The faculty of music at Harvard feels it can no longer justify the priority long given to traditional Western music theory and history. The change is part of a process now common in departments of music in universities around the country. They adopt new classes like “pop music history” or “rock and roll compositional methods,” and then become uncomfortable with the implications—social, racial, and aesthetic—that come when these new classes are treated as optional while traditional theory and history are required.

The college where I teach has a mission statement that binds faculty to “avoid … educational philosophies that emphasize contemporary perspectives to the neglect of what has proven itself across the ages to be of value for human life.” Because of this, I will probably be spared the obvious complications that come from a curriculum like the one Harvard has adopted. I think, nevertheless, that those complications are worth observing before they arrive. And they are legion. 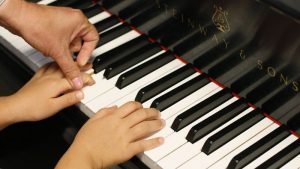 Music Lessons Were the Best Thing Your Parents Ever Did for You, According to Science

If your parents ever submitted you to regular music lessons as a kid, you probably got in a fight with them once or twice about it. Maybe you didn’t want to go; maybe you didn’t like practicing. But we have some bad news: They were right. It turns out that all those endless major scale exercises and repetitions of “Chopsticks” had some incredible effects on our minds.

Psychological studies continue to uncover more and more benefits that music lessons provide to developing minds. One incredibly comprehensive longitudinal study, produced by the German Socio-Economic Panel in 2013, stated the power of music lessons as plain as could be: “Music improves cognitive and non-cognitive skills more than twice as much as sports, theater or dance.” The study found that kids who take music lessons “have better cognitive skills and school grades and are more conscientious, open and ambitious.” And that’s just the beginning.

Passing on the Hymns 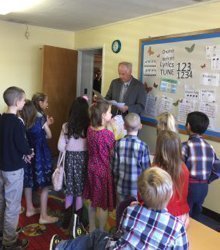 You may have noticed that hymns are not very popular in many of our churches. To preserve these musical statements of faith, we need to pass them on. That is what I am trying to do with PraiseNotes.com, as well as in my own local church.

That is why I started a new practice in my children’s choir this year. I am asking our pastors and elders to share their favorite hymn. Last Sunday, one of our pastors shared his favorite hymn, “Christ Jesus Lay in Death’s Strong Bands,” an Easter hymn written by Martin Luther.

Even More Alive Inside!

Here is one of our favorite clips from the same documentary. 94-year old Henry comes alive when he starts listening to Cab Calloway. (At one point Henry seems to be talking gibberish. The clip does not show it, but he is mimicking Cab Calloway’s “scat” — a type of jazz singing characterized by improvised vocal sounds instead of words)

We watched this documentary last night. It is a wonderful demonstration of God’s common grace and kindness given to all — but in this case, especially those suffering from dementia — through the gift of music.

The Apostles’ Creed from Miwaza Jemimah on Vimeo.

I Miss the Organ….

My girlfriend posted this, and I had to share it. What a beautiful church the organist gets to practice at everyday. Music is a wonderful gift!

“This girl amazes me! Rain or shine, she daily walks a mile each way to practice at church. The results–breathtaking!”

8 reasons every Christian should sing hymns

8 Reasons Every Christian Should Sing Hymns

Not that long ago, hymn-singing was an inextricable part of corporate worship in essentially every Christian faith tradition. Fast forward a few decades to 2015, and vibrant hymn-singing is all but lost in most evangelical circles, and has a diminished presence in desperate mainline denominations. And make no mistake, our churches, people, and faith are all the poorer for it. There are many reasons to not neglect the long, ongoing tradition of hymnody in our churches. Here are just a few of them.

Read more at The Aquila Report